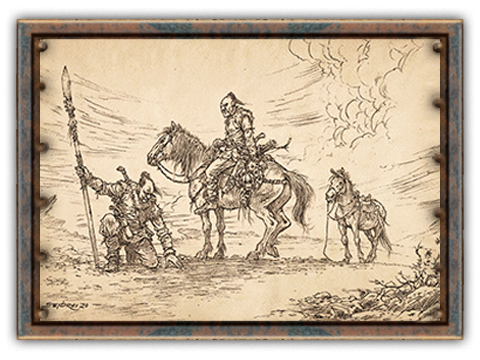 An average Mandru is squat and broad-shouldered. They are a mixed people deriving from the renegade tribes of the neighboring Cerber, Zeng, and perhaps the Xhabeer. They are slant-eyed, their skin is dark, their face is narrow, their smile is the grin of a wolf. Like the Zeng, the Mandru excel at shooting arrows while riding, but the latter also has some expertise in wielding the spear.

Since their homeland is poor in resources, they don't let anything go to waste. They tend to wear doublets made of orc skin, and their weapons are often made, at least partially, of the bones of the defeated enemies.

The Mandru are famous all over Terrenia by their traditional swords, which they call "xerthar". The magnificent weapons pass from father to son and often have names. These rare masterpieces are made of the claws and bones of slaughtered xerthids, rare wraithworms coming from the depths of space. A xerthar is more durable than most metal blades. In the hands of an expert, it can split any creature or armor into two. No wonder that these unique killing tools are highly regarded all over Terrenia. 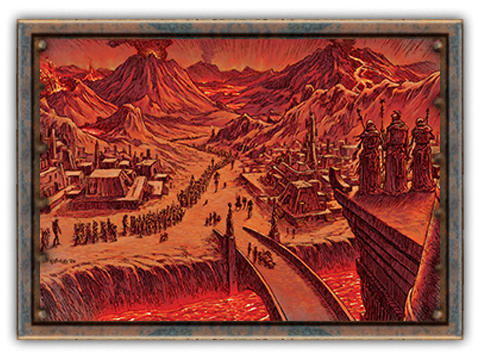 There are very few cities that are located in such a desolate place as Aquertis. The settlement spreads through a giant valley full of volcanoes, lava streams, and geysers. It is like a vast, furnace-burning crater, a literal hell with literal devils. 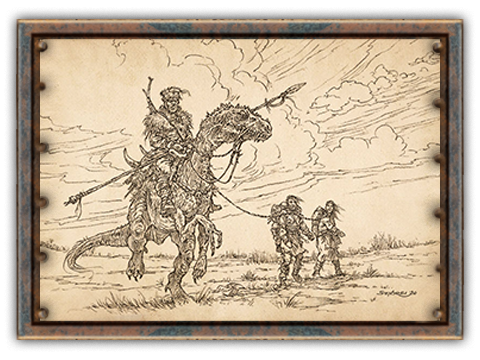 The slave economy of Tucuxan

The few flourishing civilizations of Tucuxan see the key to their survival in the slave economy. The cheap and easily obtainable labor serves the needs of the inhabitants abundantly. Their tireless work on cutting down forests, enlarging terraces, and cultivating the land is unexpandable.